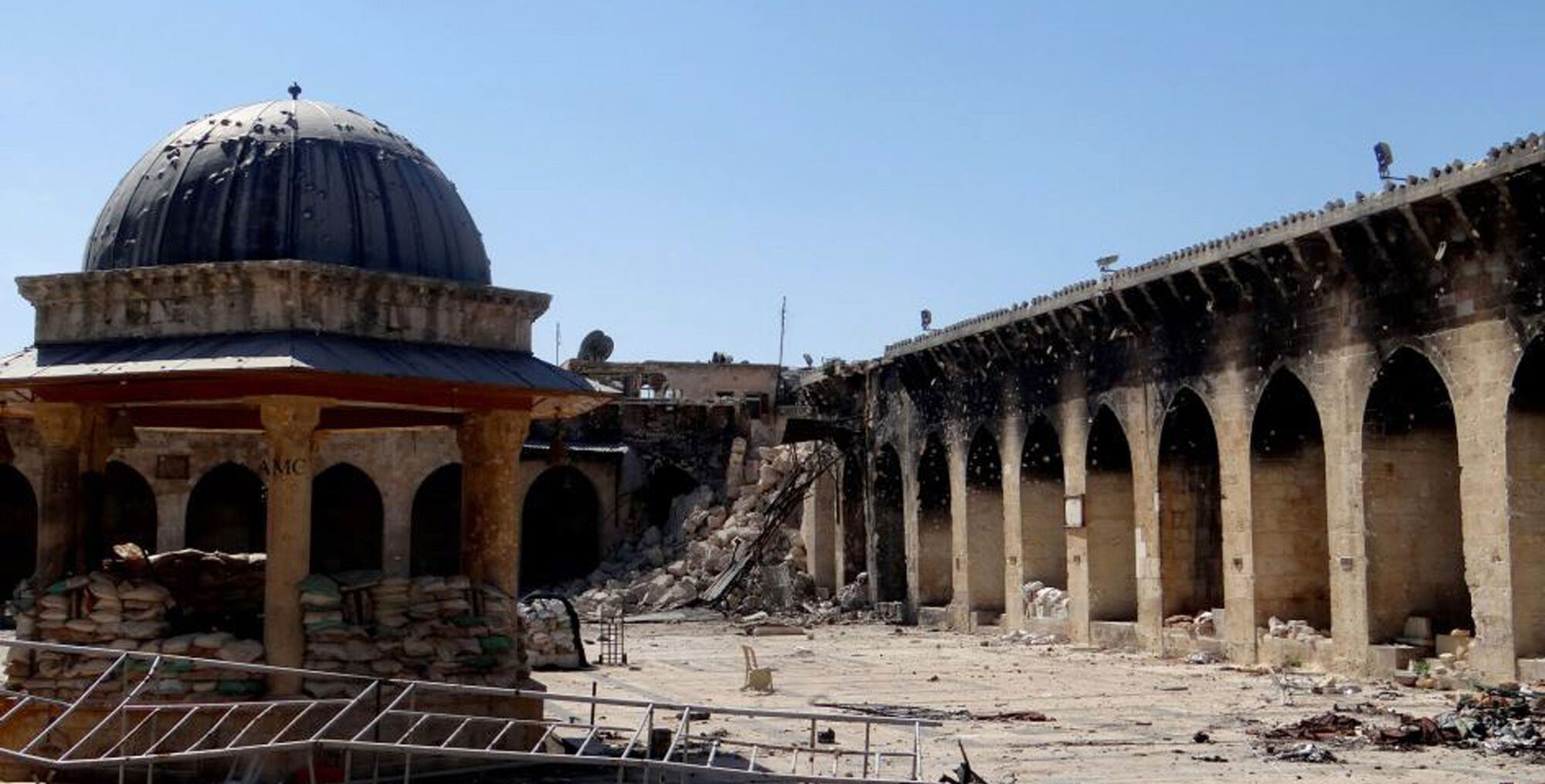 The main writer of the book is Dr. Franklin Lamb, Who spent nearly three years (2013-2015) in Syria in order to research, photograph, and document endangered archaeological sites and to expose the illegal excavations, looting, international trade, and iconoclasm which has caused so much destruction to our shared global cultural heritage. All of these sources of our globally shared cultural heritage are in danger of being ravaged and in many cases have already been destroyed. Lamb has chronicled the destruction of religious icons, images, monuments, and myriad ancient structures that span pre-Roman civilizations, Islamic structures such as mosques, churches, and synagogues all of which continue to be threatened with destruction for religious or political motives. Syria’s Endangered Heritage presents exclusive unpublished photographs, data, and interviews from across the whole of Syria.

Khaled Hiatlih was part of this project and traveled with Dr. Lamb to many places in order to document and photograph the events. later Heritage Roots designed the book in both languages Arabic and English and launched the website of Syrian-Heritage.com

You can have a copy of the book from www.thearchaeologist.news

Documentation and Evaluation at Ja’bar Citadel